If you’re like most people, you may not be as familiar with watercress as you are with other vegetables. Watercress is a leafy green vegetable that grows very rapidly 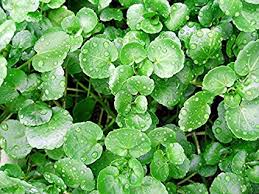 throughout Europe and Asia. It is botanically related to other plants such as the radish, mustard greens, and wasabi. This endows watercress with a very noteworthy flavor that is slightly reminiscent of these plants. However, these are just some basic facts; the real reason to be interested in this plant food is for its nutritional value.

One study published in the Centers For Disease Control And Prevention cited that researchers at William Paterson University at New Jersey noted watercress as one of the most nutrient dense foods, making it a powerhouse vegetable.

Watercress For Health And Nutrition

Despite many people not being aware of its existence, watercress is one of the absolute best vegetables on the planet (as far as nutritional value at least). It is incredibly rich in vitamins and minerals, especially Vitamin K offering 200% of an average person’s daily requirement per 100 gram serving.

Vitamin K has supports bone health. It is also key in brain health helping limit neuronal damage and it is used in treatment of Alzheimer’s disease.

Combine this with its low caloric content, lack of fat and sugars and what you have is a veritable super-food that is an attractive option for anyone on a carbohydrate, sugar, or fat restricted diet or anyone looking to boost their wellness by eating plant super foods.

However, the importance of watercress goes far beyond its carbohydrate, fat, or vitamin content. A great deal of research shows that watercress can help in many other ways too. Most particularly (and most supported by research), is that watercress can aid in digestion and act as a mild diuretic. The digestive effect is most likely due to its high fiber content, although it has been suggested that other chemicals naturally present in watercress may have more to do with it aiding digesting than fiber. The same explanation is also true for the claimed diuretic effect.

The leaves of watercress contain Gluconasturtiin, which is the compound that gives it its peppery flavor. Some studies suggest that the hydrolysis product of gluconasturtiin, helps to prevent cancer by inhibiting phase-I enzymes.

Definition by Wikipedia ” Gluconasturtiin is one of the most widely distributed Glucosinolates in the cruciferous vegetables, mainly in the roots, and is probably one of the plant compounds responsible for the natural pest-inhibiting properties of growing crucifers, such as cabbage, mustard or rape, in rotation with other crops.”Wikipedia

Therefore, as we can see, this little plant can be extremely useful for dieters and non-dieters alike. There are many ways to enjoy this vegetable in your diet.

When it comes to preparing watercress, it is not as difficult as you may think. There are quite a number of recipes available that extensively utilize this vegetable, though it is very likely that you will almost never see this vegetable featured in dishes at local restaurants.

So how do you prepare this vegetable for consumption?

Being a leafy green vegetable, the most obvious application is in a salad. The leaves themselves don’t really need to be prepared for this, except that they should probably be chopped up washed.

Watercress will mix well with just about any of the other leafy greens found in salads and seems to mix particularly well with chicken. When added to a salad, Soups, Saute’ Pan. When cooking watercress provides a slightly peppery taste and adds a bit more texture to an otherwise predictable dish.

However, salads aren’t the only dish that can make good use of the watercress. If you desire a fine sirloin, throw some watercress along with some shallots in a shallow pan and sauté them until they are soft and barely wilted. Toss this mixture on top of your sirloin for a wonderful twist on an old favorite.

Finally, a classic dish that can be spiced up by the watercress is the sandwich. Since you’re already expanding your food horizons, try something different in a sandwich. Instead of cheese and mayo on your turkey sandwich, throw some leaves of watercress on it along with a few slices of apple for an interesting and tangy on-the-go lunch.

While it may seem foreign and strange, the watercress is a great vegetable to add to your diet. This leafy green is not only nutritious; it also has a unique peppery taste that can’t be matched by any other vegetable.

By adding this vegetable to your diet, you can enjoy some excellent health benefits as well as experiencing a new taste and a wealth of recipes that you probably never even thought of before. Many grocery stores will carry this vegetable. However, if you are having trouble finding it at your local grocer, you may want to try the nearest natural foods store such as Whole Foods. These grocers will usually have this delicious vegetable on hand.

This site uses Akismet to reduce spam. Learn how your comment data is processed.

Tips, Techniques, and Recipes that Work.

The Art and Craft of Blogging

The latest news on WordPress.com and the WordPress community.